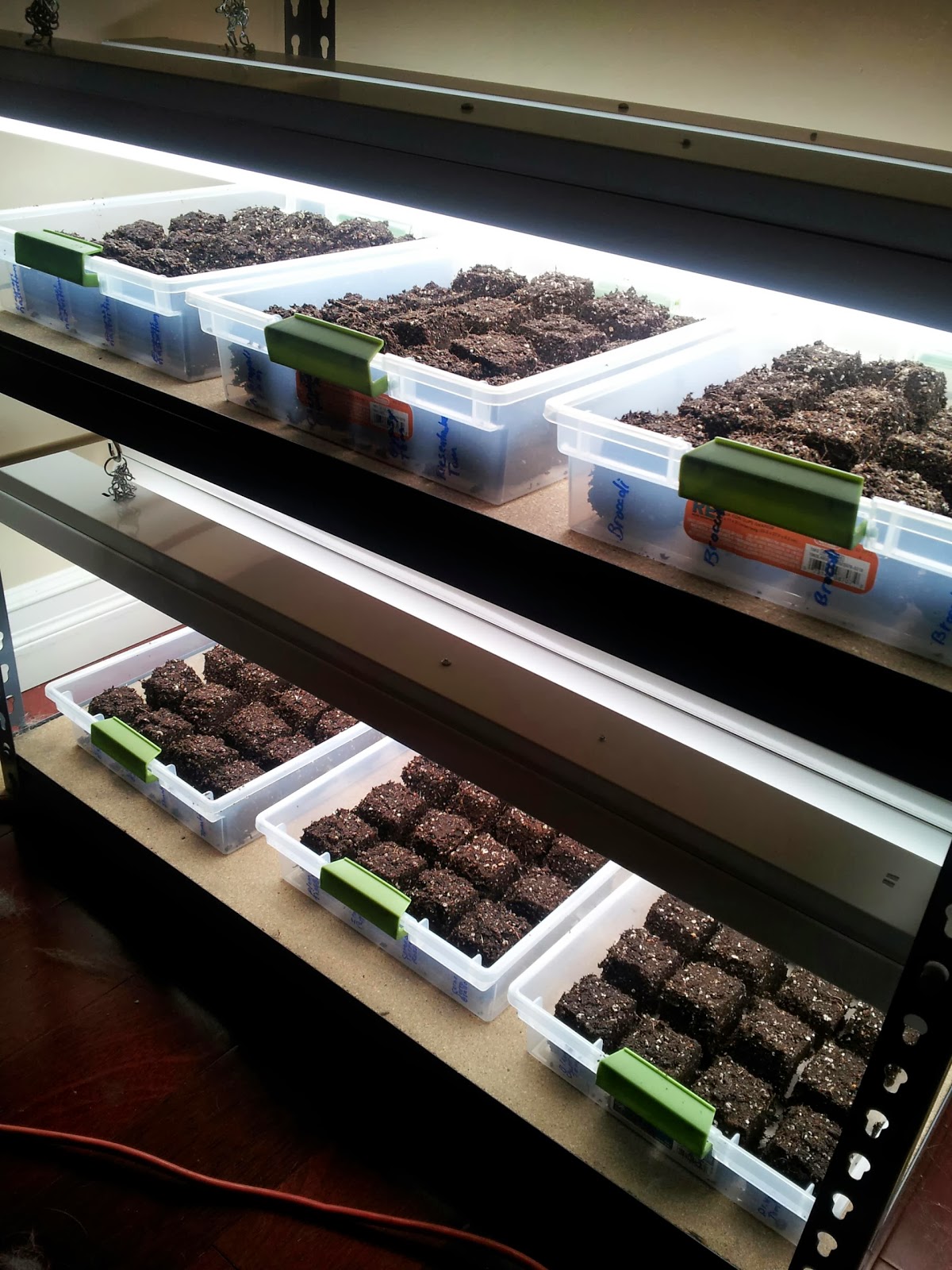 When it comes to gardening, I've found that there's often an easy way to do something and a hard way. The easy way usually costs more up front but saves money and effort in the long term. The hard way is usually cheaper at the beginning, but more time consuming. Novice gardeners often choose to do things the hard way in an effort to save a few dollars, but they don't realize that doing so might just cause them enough frustration to bite someone, or to give up on gardening entirely (which is far worse than biting, but please don’t do either) when they start getting into the thick of things. This can happen with things like irrigation, weeding, and the subject of today's post - seed starting.

There are many different ways to start seeds indoors. In the past, I’ve generally planted seeds in small pots. There are plenty of creative containers you can use to start seeds, but containers made out of things like paper and cardboard can contain chemicals that you might not want near your vegetables. The amount present is likely to be small - but why take a chance?

Terracotta pots seem like a wise option because they can be reused. However, I encountered a problem. First, any pot that you reuse from year to year, especially one used for seed starting, should be sterilized. Seedlings grown in previously used pots that haven’t been properly sterilized can die from soil borne diseases. Pots are usually sterilized by either washing them in bleach water or baking them in the oven (don’t bake plastic pots, of course). I’m not a fan of bleach in general, especially around food, and baking pots seemed like a stinky (cooked soil can be smelly) and somewhat labor intensive job, so I didn’t particularly want to have to use either sterilizing method year after year. Terracotta pots turned out to not be such a great option after all.

Next I tried peat pots (mine were actually a coconut fiber rather than true peat). Peat pots seemed like a better option than the terracotta pots since I wouldn’t be reusing them and therefore wouldn’t have anything to sterilize. However, I now had something I needed to buy each spring, and that just isn’t my style. And if you’re thinking that peat pots are convenient because you can just stick the entire pot in the ground and allow it to decompose, think again. The pots won’t decompose in time to let your plant’s roots grow through, so put that idea out of your head. Peat pots are a no go in my opinion.

Fortunately for “keep-it-simple” gardeners everywhere, there’s another option called “soil blocking”. Soil blocking is the process by which soil is compressed into cubes (“blocks”) with an indentation at the top into which a seed can be dropped. Because the soil in the blocks holds together on it’s own, there’s no need for any container whatsoever. The blocks are placed on trays while the seeds planted in them are germinating and they’re watered either via frequent misting or by putting water into the bottom of the tray as needed to keep the blocks moist. In addition to not having the burden of buying or sterilizing pots at the start of each growing season, soil blocks are also quick and easy to make, and if you’re making the standard 2” size soil blocks using a standard soil blocking tool, then you’ll be making four soil blocks at a time. 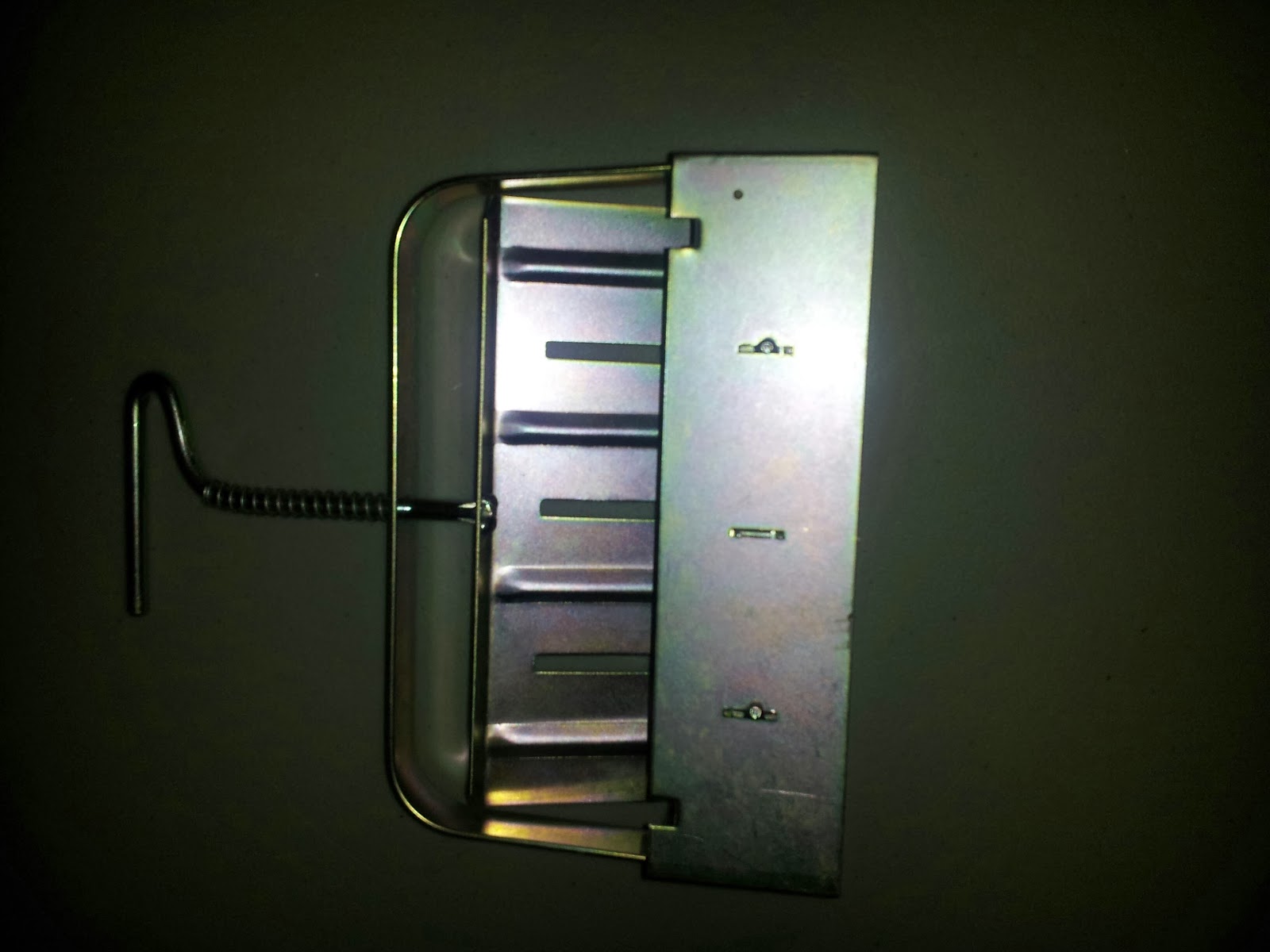 If you’re starting seeds that need to be indoors long enough that they outgrow the 2” soil blocks, you can use this extra large soil blocker to make huge soil blocks: 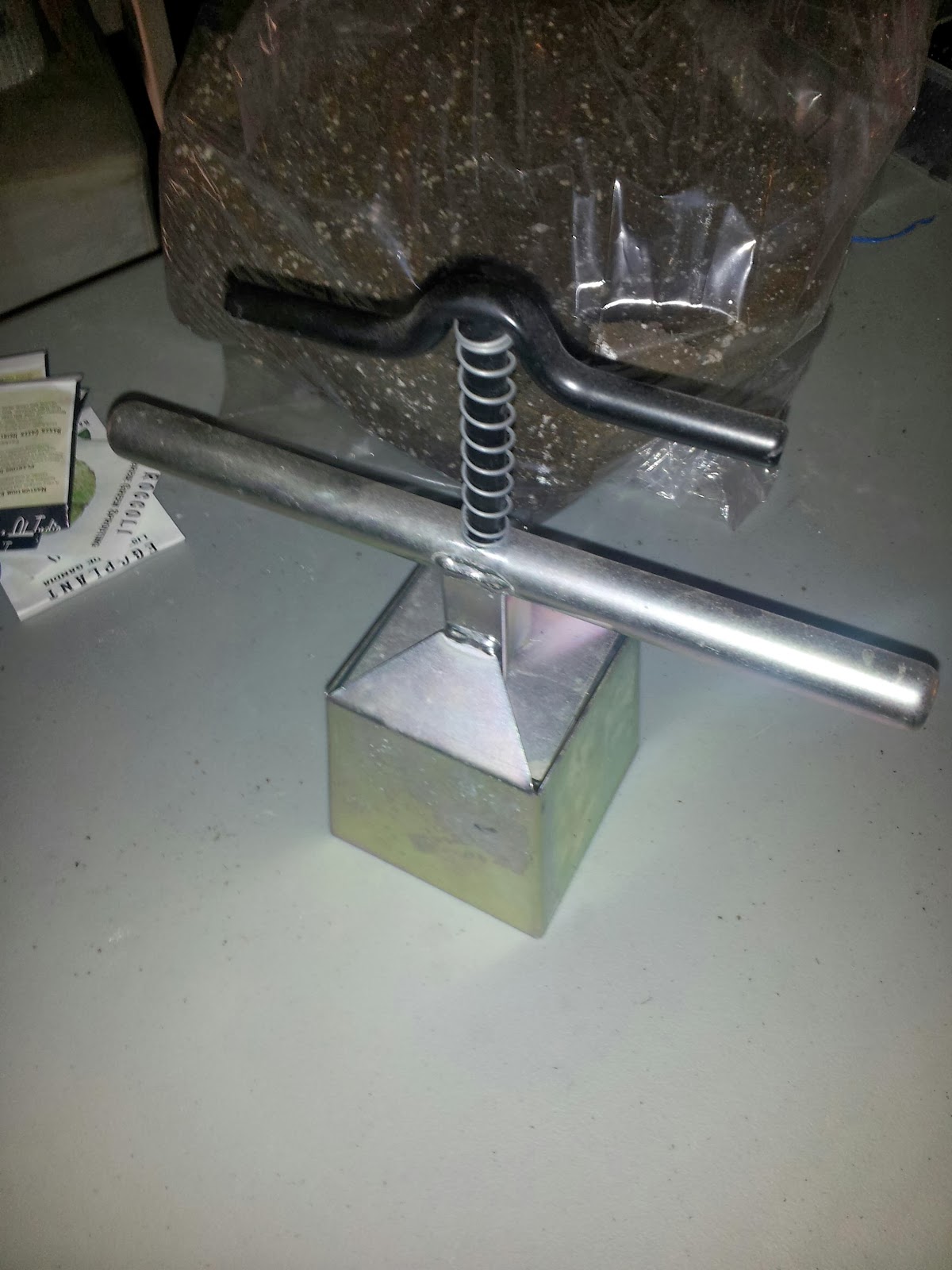 Making the soil blocks is also easy. I purchased a pre-mixed dry soil blocking mix, so all I needed to do to get my blocking medium prepared was to put some of the dry mix into a plastic tub and add water. The mix was ready when it was just wet enough that if I grabbed a clump of it in my hand and squeezed, a little water would drip out: 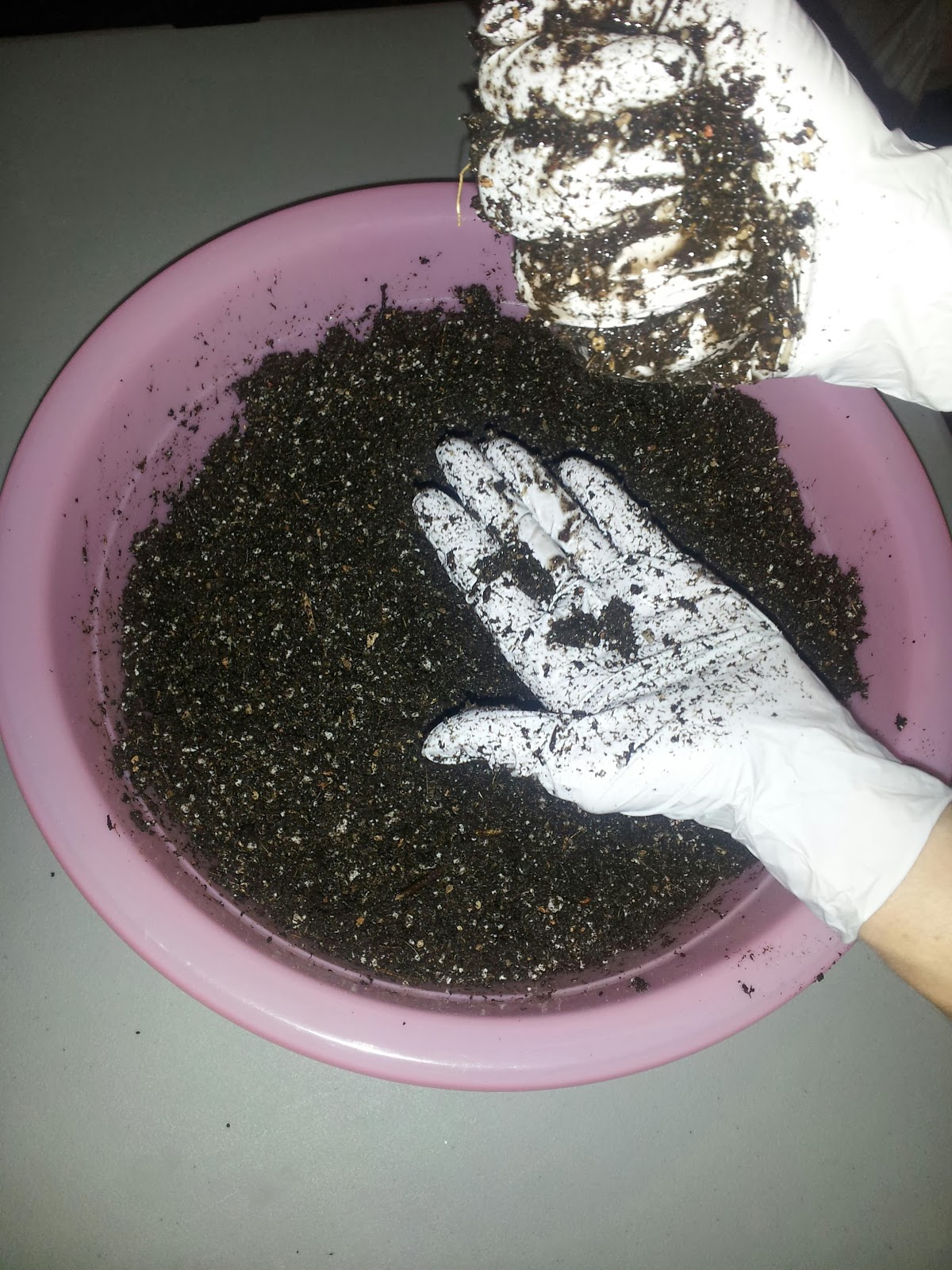 You can, of course, make your own soil blocking mix, but I decided against it for now since I wouldn’t be making enough soil blocks to justify buying bags of all of the ingredients needed for soil blocking mix at this stage in my urban farming superhero career. Also, I needed the extra money to buy a new cape as my last one got stuck in the rototiller. I’ve since learned that rototilling is rarely necessary in the garden, and that one shouldn’t wear a cape while rototilling, but we’ll need another post to discuss that. 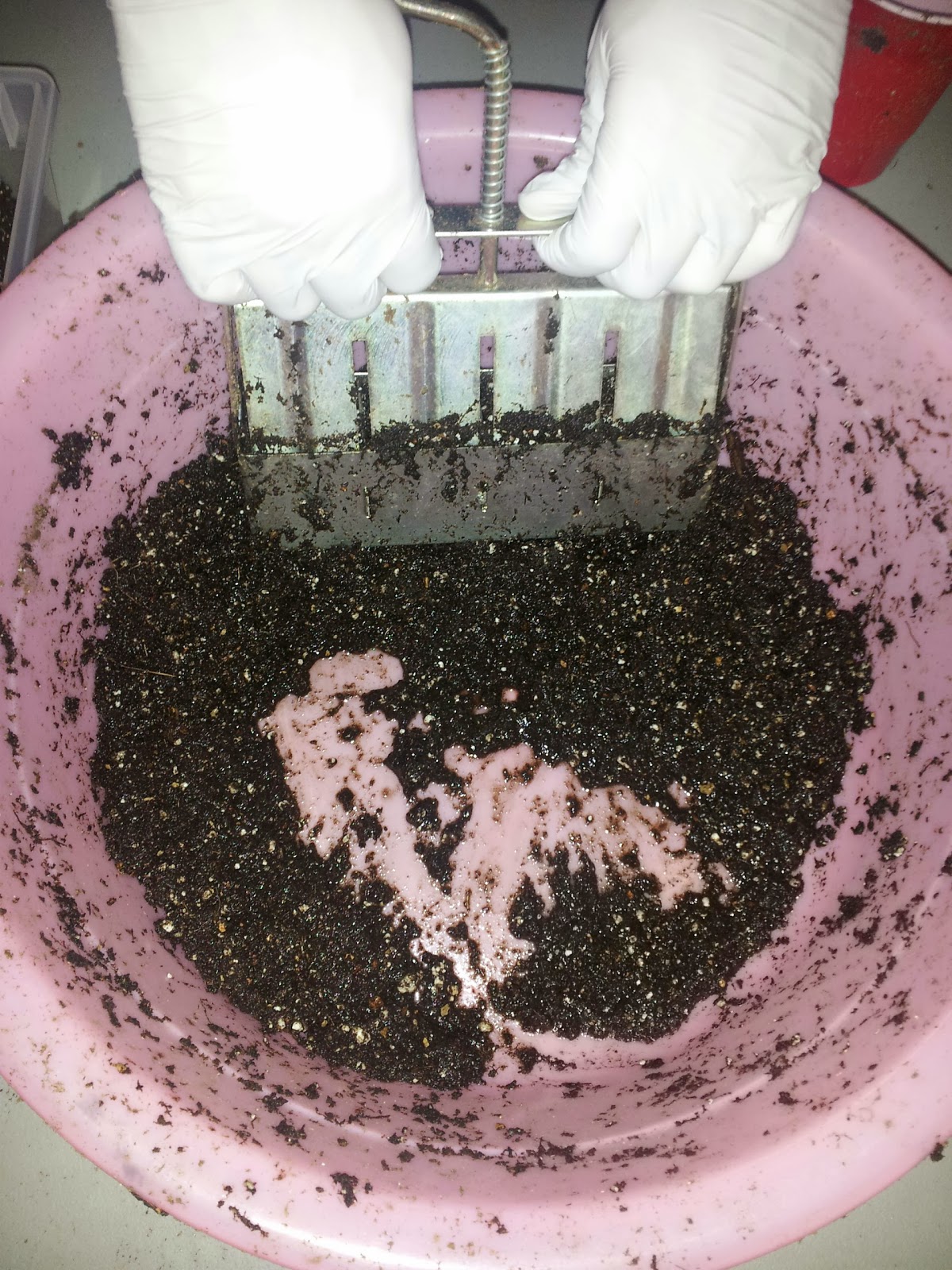 I repeated that last step three or four times (this is called "charging" the soil blocker) until a little bit of water started to come out of the top of the blocking tool. Finally, I squeezed the blocks out of the tool onto my tray while lifting the tool upward, and voila - soil blocks!

Once the blocks were made, I dropped a seed into the indentation at the top of each block: 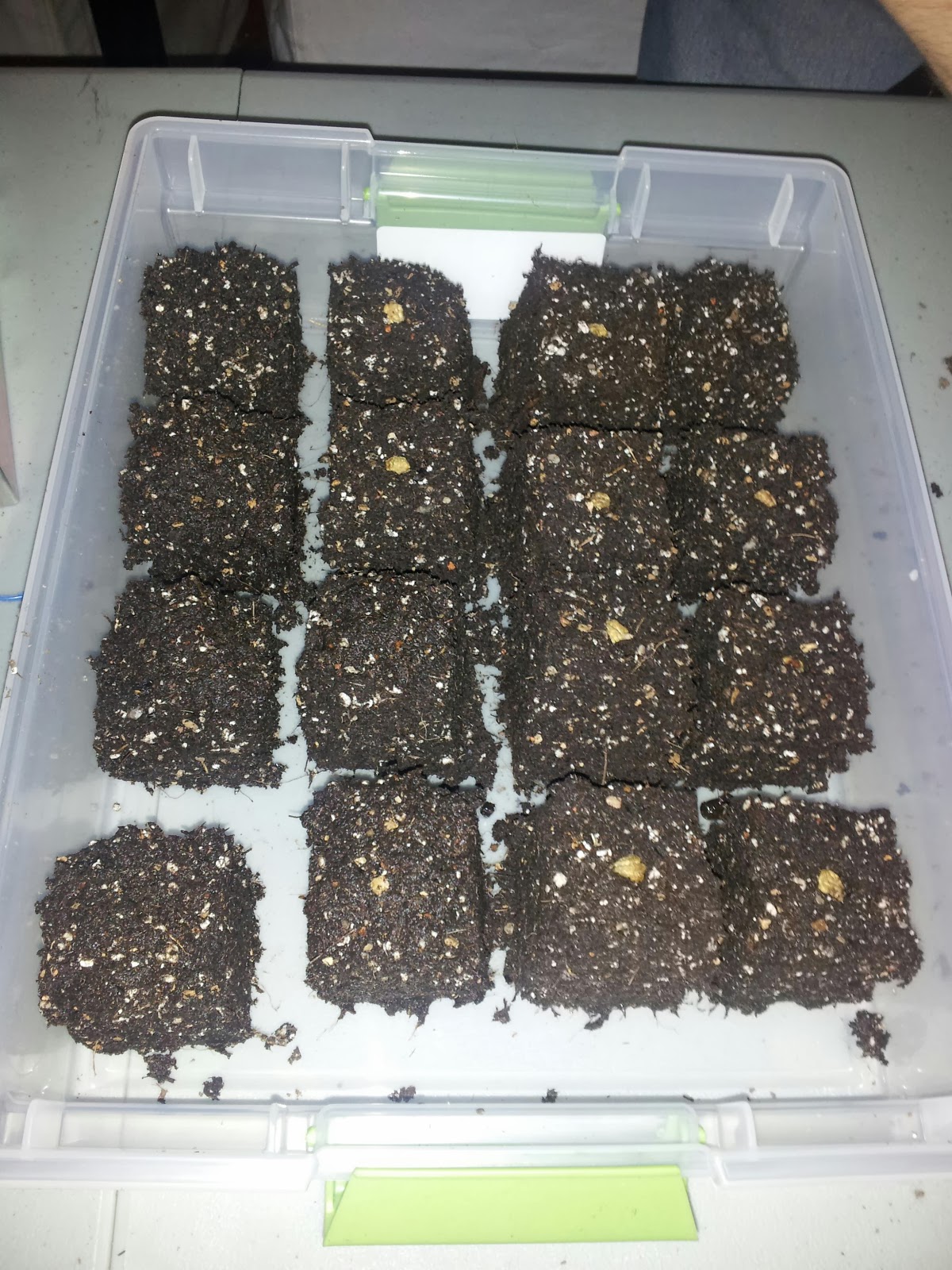 I then covered the seeds with the appropriate amount of soil.

That’s it! It’s so easy that I made ninety-six soil blocks in about an hour. It took me a little while to seed all of the blocks because I was planting quite a few different seeds and wanted to make sure I labeled the blocks correctly. 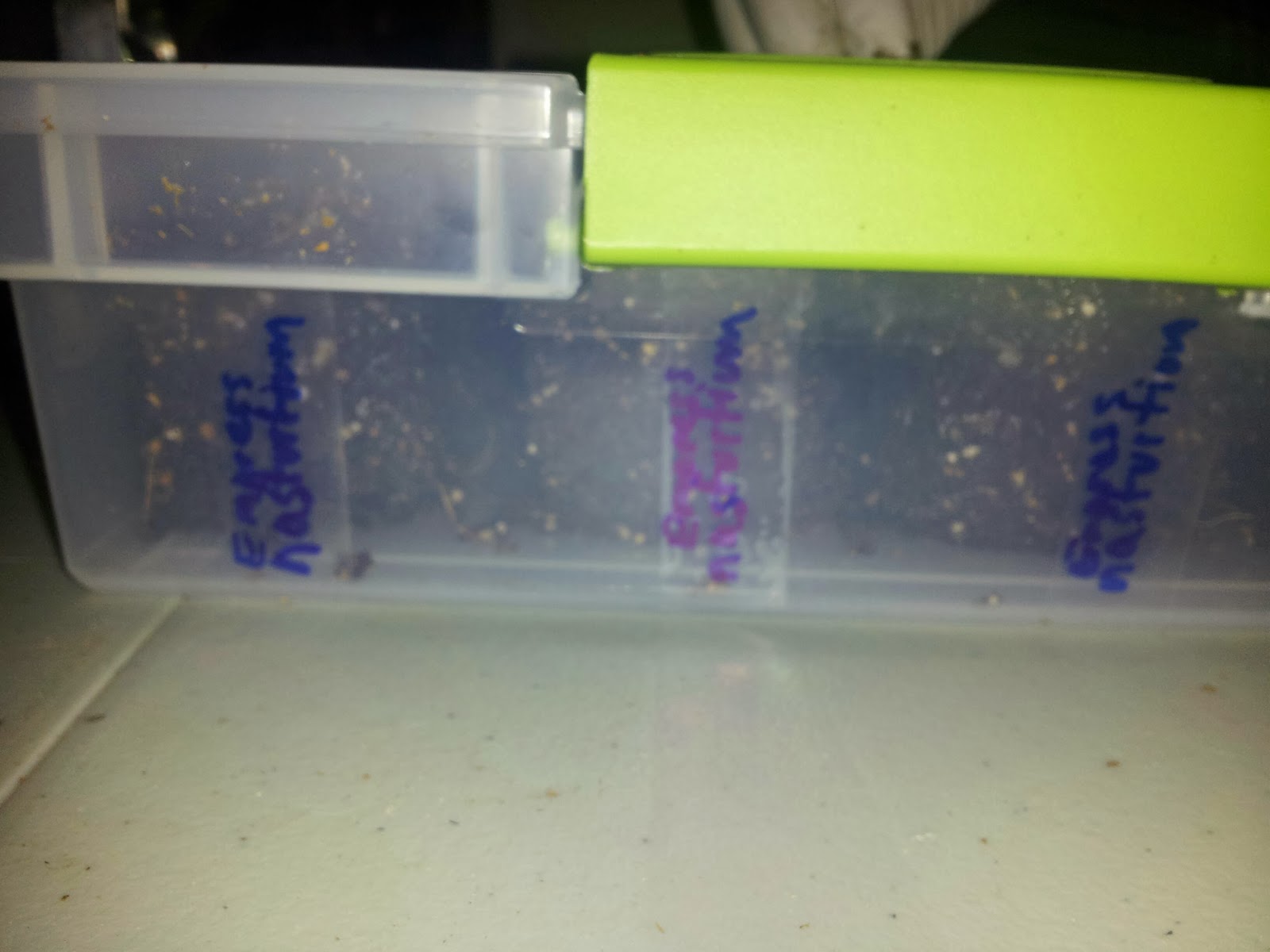 To water the soil blocks, I’m using a spray bottle. I’m spraying my blocks several times a day to help them stay moist. If you compress your blocks tightly enough, you can also water them from the bottom by simply pouring water into your tray. I’m not sure I’ve made my blocks tight enough, so I’m opting to stick with the spray bottle for now. Spraying them so attentively makes me feel a little bit like a crazy plant lady, but I can live with that. Some day I’ll set up built in misting nozzles on a timer so that I don’t have to spray my blocks all day long - though that might actually get me closer to crazy plant lady status than simply spraying my plants by hand. Hand spraying also makes me feel more important, like a brain surgeon - if I don’t spray the plants, they’ll flatline!

So hopefully now you’re having your own grand visions of row upon row of soil blocks covering all of the flat surfaces in your home, adorning every windowsill, and alighting on every bathtub edge. Once you start making soil blocks, it's hard to stop. You're limited only by the amount of soil blocking material you have - and the amount of space you have to store soil blocks! So now I pass my soil blocking addiction onto you. Ready, set, go!
Posted by Vanessa at 7:14 PM